My parents have a 21” iMac from 2015.  It was getting sluggish with an ever-increasing number of beachballs.  Ideally they didn’t want to buy another one and given their requirements they didn’t need to.  But the machine was becoming frustrating to use.  As their tech person (it’s their return on putting me through university) I looked at various options.  The obvious one was to install an SSD into their machine.  That version of their Mac uses a laptop drive which is limited to a mere 5,400 RPM.  Add a few years of wear and tear on that mechanism and no wonder it’s starting to be slow.

They asked at their local repair store (nearest Apple store is 80km distant) the cost of installing an SSD.  It came out at $250 but that would mean replacing the existing disk which would reduce their overall storage space.  So I decided on an alternative.  Since we live in different states I needed to test out the process first before I accessed their machine.  I have a 27” Mac – and I thought it was also getting a bit slow.  I write iOS apps and the fusion drive didn’t seem to help that much when compiling in Xcode.  Opening storyboards ground everything to a halt.  Opening Excel could take 15+ bounces in the dock.  It was simply unacceptable.

So I did the following simple process.

The Mac disk disk is 1TB so I headed to Officeworks and picked up a Samsung T5 1TB portable SSD.  That came to $296.  It is powered via a USB port so I plugged it in to the iMac, opened Disk Utility and reformatted it as an APFS volume.  I then opened Carbon Copy Cloner.

This simply clones one disk to another.  I’ve used it for years to automatically clone my iMac disk to an external drive every night.  When my internal disk died a few years ago it meant I lost nothing more than a couple of hours work - and could continue using the machine.  If it saves you once it has paid for itself many times over.  Even if you never need to recover a disk the cost is worth the peace of mind.

I closed all applications then cloned the internal disk to the SSD drive.  That took a few hours.  When it was done we start getting to the fun bit.  I rebooted the iMac and as soon as the boot chime sounded held down the option key on the keyboard.  That causes the Mac to bring up a simple display asking which disk it should boot from.  A tap of the cursor key and it starts from the SSD.  A lot quicker than from the internal disk.

Once logged in go to the System Preferences, select the Startup Disk item, click on the padlock if necessary, then select the SSD and set it as the boot disk.  If you then restart it should always boot immediately from that disk.

Once that was done I created a new scheduled task in Carbon Copy Cloner to clone the SSD to an external drive every night.  As someone who has worked in IT for over three decades I’m aware that there are only two types of data storage: those which have failed and those which are going to fail.  Hence make automated backups at all times.

Once that had run through I reformatted the internal disk and now use it for my iTunes library.  My Xcode compiles now run far quicker as does almost everything else.  For cost reasons I don’t see Apple making SSD the only disk storage so this is the most cost-effective way I’ve found to improve the performance and lifespan of an older machine.

It means you lose one USB port as the SSD always has to be plugged in.  However, it has the added benefit that if I need to work elsewhere I can simply take the disk, plug it into another iMac, and boot off my SSD.  And in the rare event the SSD does fail I can simply boot off the external disk I clone it to every night and continue working until I get another SSD and clone that external disk back to that.

I did the same process for my parent’s machine (and they could get away with only needing a 500GB SSD).  They think it now runs quicker than when they first bought it.  They’ll get at least another 5 years use from it – all for a bit of simple work and about 12% of what it would have cost for a new machine.

Out of all the devices available for reading I find the Kindle Paperwhite the best.  It’s a good size to carry and the non-reflective screen means it can be read in broad sunlight.  The iPad has many benefits but the way it reflects bright light means it’s not really good for long sessions of reading.

The Kindle is excellent if you are getting content from Amazon but sometimes you want to use it so you can read things from other sources.  Sometimes it’s a really long article from the web, an email or other document you wish to keep on the Kindle, or a PDF that contains what you want.  In all cases you should convert them to a PDF as save them to you local storage on your computer.

Then we need to get a piece of software called ‘Send to Kindle’.  Unsurprisingly this is obtained from Amazon.  Download the relevant item for your needs at www.amazon.com/gp/sendtokindle.  For this article it will use the desktop Mac version.  I find it easiest to drag the application into the Dock so that it’s easily accessible.

Open the application to see the main screen. 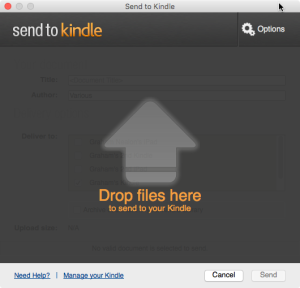 Select the ‘Options’ button at the top-right and set the following values: 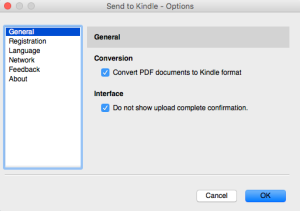 Then select the ‘Registration’ item from the menu on the left and add your Amazon account details.  That completes the setup.

To add a document select a PDF in the Finder and drag it on to the ‘Send to Kindle’ item.  That will bring up this dialog box (obviously with different names unless you’ve hacked my Amazon account). 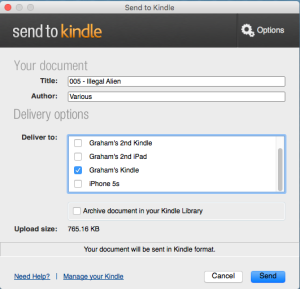 Note that it will convert it to Kindle format as it sends.  The less formatting in the PDF the better the conversion will be.  In most cases the resulting output is quite good.  Hit the ‘Send’ button then check your Kindle and the document will have been delivered to it.

Sometimes you may want a copy of all of the data you have added into Facebook.  This will include all the posts you have made as well as the photos and videos you uploaded.  Below is the easy way of getting a copy of that data. 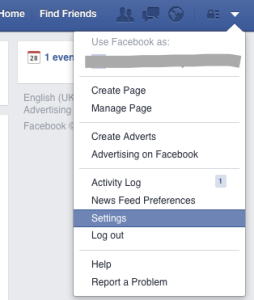 This will take you to the general account settings.  At the bottom of the panel listing your basic details will be a links that states ‘Download a copy of your Facebook data’.  Click on it. 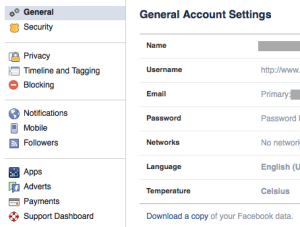 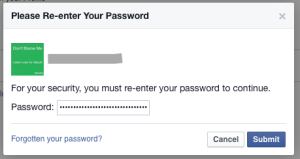 A notification will appear.  How long it will take to generate your data will depend on how prolific a poster you have been.  If it takes longer than five minutes then you probably need to get out more.  Click on the ‘Start My Archive’ button.

You’ll get another notification about the email address to which the link from which you can download your data has been sent.

A short while later (ninety seconds in my case) an email will turn up.  Click on the link at the bottom of it and download a ZIP file containing all of your data. 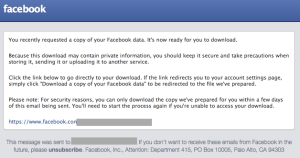 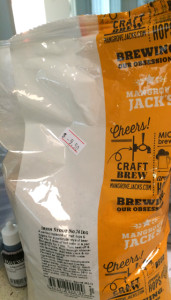 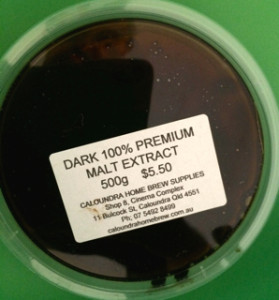 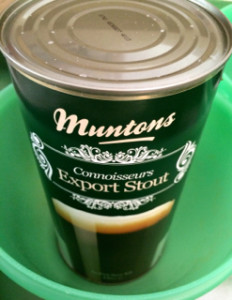 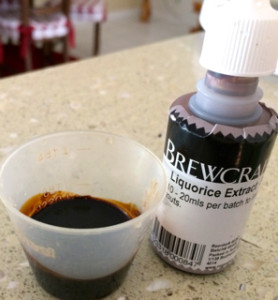 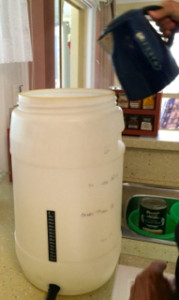 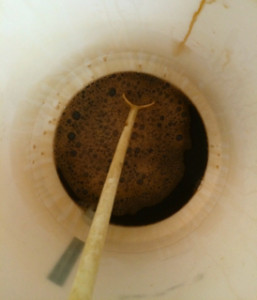 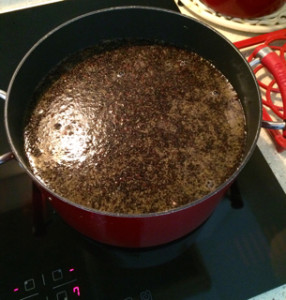 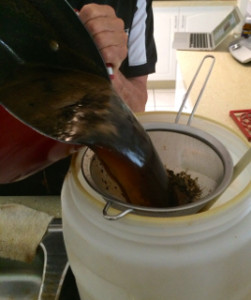 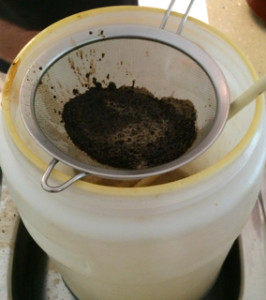 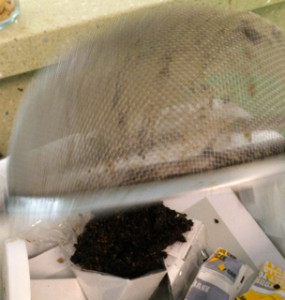 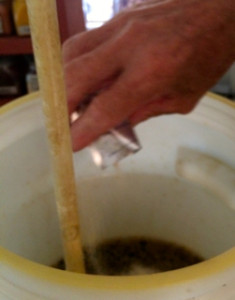 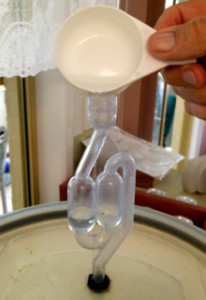 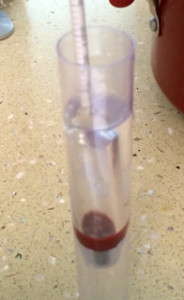